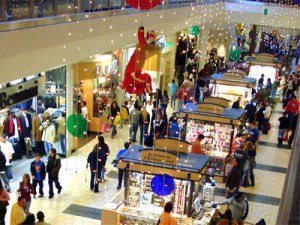 Have you ever been pulled in by one of the mall kiosk vendors to try some miracle product?  Normally I would simply walk past the invitations without eye contact.  However this time I was engaged by Rico, the kiosk salesman offering to heal all my pains.  I couldn’t resist, I stopped and he promptly put an electronic massager on my shoulders and asked me if I had a sore back or other injuries.  According to Rico, this massager could heal anything.  I told him 3 times I was not going to buy the product and before I could escape he cut the price in half and added in a second unit for free and I was hustled  for a gimmicky product that I did not need.

I have an interest in small businesses and during my visit asked about the kiosk lease, sales, margins, staffing, and challenges to reel in customers.  There was a time I encouraged Drew to practice his street magic at the mall for tips and suggested that Rico add a street magician or have my other son Ben bring his sugar glider come help draw in and hustle mall shoppers.  So with Rico’s invitation and offer to teach my boys the finer art of capturing and hustling mall shoppers Drew packed up his magic, Ben put his sugar glider in his pocket and we were off to the mall.  I don’t know that either Drew or Ben would have done this solo, but as a team they could overcome their nervousness and anxiety of this new experience.  I promised we would not stay more than an hour and that if it was a bomb we could leave early.  So what happened? 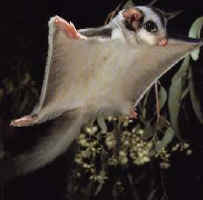 Jasper Goes to the Mall

The sugar glider was a hit with the mall shoppers until he glided to the floor and scampered across the mall causing brief terror for those who thought they were watching a rat run at them.  Both men and women screamed and hid for cover in the nearby Express store.  I would have never imagined the scene of a grown man cowering in terror over such a little animal.  After that scare we were careful and could bring in lots of curious mall shoppers by keeping him crawling on our arms and shoulders.  Drew’s magic was a hit with Rico and the surrounding kiosk sales people, but not so much with the mall shoppers as he was not comfortable recruiting them to come watch a trick.  Drew did attempt to do a trick where he puts a cell phone in a balloon for a boy waiting on his father and the trick failed to work the first two times.  He did get it to work on a smaller phone, but the trick was ruined.  Drew was a little embarrassed, but was able to shrug it off.

All in all the trip was a success!  I was so proud to see them try something new, conquer their fears, and create a memory that we will share for a lifetime.  We could have passed another day playing video games or hanging around the house.  Instead we had a fun adventure together, got out of our comfort zone, learned it was not the end of the world when a trick did not work, and found we do not want to be a kiosk vendor in the mall.  Find the everyday opportunities to expose your kids to new adventures and experiences where they can stretch their courage, take a safe risk, and create a memory that all will keep for a lifetime.