Jesus Breaks Social Barriers to Build Bridges for All Men 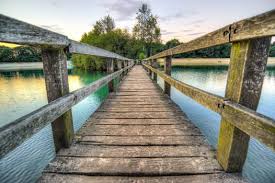 1 John 1:9 If we confess our sins, He is faithful and righteous to forgive us our sins and to cleanse us from all unrighteousness

I recently heard Trey Gowdy speaking about the book he co-authored with Tim Scott, Unified: How Our Unlikely Friendship Gives Us Hope for a Divided Country.  Trey gave a great illustration of Jesus that we can all follow as the great bridge builder between all men breaking down every social barrier of the time to bring us salvation.  I read his book and am in agreement that despite our differences, we share so many things in common and have hope because of the things we share in common.  However, I liked the point he made about Jesus in his sermon and it was not emphasized in his book.  So I wanted to study more on how Jesus bridged mankind by breaking with the social barriers that we still struggle with today.

Sin in the hearts of mankind has always divided the world and today is no different.  Mankind disregards the majority of common values and ideas that we share and has identified and leveraged the differences between men to create polarizing division.  Common throughout history, we continue to identify and divide ourselves by gender, race, religion, nationality, wealth and class, political party, and every difference that we can find to separate us.  Seeking to preserve our kind and elevate self, men have segregated, conquered, enslaved and massacred those of different race, ethnicity, religion, culture or ideas.  This has been repeated over many millennia and continues around the world and in our cities, schools and neighborhoods this very day.

However, our success on earth and as individuals, families, peoples, nations and even as a species is dependent on being united.  As individuals we will never be united on every idea, issue or topic, but we find peace and make progress as we find unity and build consensus on major topics of truth and extend grace on the minor issues that divide us.  United we will stand and divided we will fall.

Jesus came into this world with a radical message of truth to unify all peoples.  This common truth for all mankind is the catalyst giving us common ground and common purpose to overcome any difference that may divide us.  In delivering this radical message, Jesus stepped right in between every gender, race, religious, ethnic, class and political division.  He was an equal offender and did not withhold the truth to any audience.  Identifying and illustrating the truth in His message, he spared no one in calling out the wickedness in their heart, culture, thoughts and ways.  At the same time, he tore down walls of sin that divided mankind and mankind from God and was the greatest builder of bridges of peace and love between mankind and mankind and God.

What was Jesus’ message to the world?

Mark 1:14-15 Now after John had been taken into custody, Jesus came into Galilee, preaching the gospel of God, and saying, “The time is fulfilled, and the kingdom of God is at hand; repent and believe in the gospel.”

Not only is Jesus’ message world changing and life changing good news for all mankind, but the truth of Jesus’s message is not exclusive to any people, race, religion or class. During a time when the people of the world were greatly divided and classified by families, tribes, villages, nations, religions, race, and gender Jesus entered the scene to love all people in a radical way that radically crushed the barriers of social norms to deliver his message of love, repentance and salvation through Him as Messiah. In His life and ministry, Jesus was the greatest builder of bridges between mankind.  All those social barriers that we struggle with today were bridged by Jesus.

Jesus breaks down social barriers as the greatest bridge builder

Jesus offers His grace and salvation to all people.  Luke 2:10  But the angel said to them, “Do not be afraid; for behold, I bring you good news of great joy which will be for all the people: for today in the city of David there has been born for you a Savior, who is Christ the Lord.”

Jesus bridges the gender gap between men and women.  During the time of Jesus, women held a low place in society.  Yet Jesus broke these social norms by speaking with women (Luke 7:11-17), healing women(Luke 8:43-48 and 3:12) and even elevating women by referring to them as “daughters of Abraham”(Luke 13:16).  Breaking from the traditions of His day that rabbis did not teach women, Jesus taught women (Luke 10:38-42) and included women as disciples.(Matthew 12:46-50)  In the story of the Samaritan woman at the well (John 4) and Martha at the tomb of Lazarus (John 11:25) , it was clear that women received Jesus’ self-revelation.  Jesus broke the cultural barriers of gender and recognized women.

The Jewish people considered Samaritans as foreigners who were a mixed race and despised them as the worst of the human race.  Yet Jesus uses the Samaritan man in his parable about a man who fell among robbers on his journey from Jerusalem to Jericho as an example for us to follow and give mercy.  Luke 10:30 – 37.

Thinking they might test Jesus, the Pharisees brought a woman caught in the act of adultery.  “The law of Moses commanded us to stone such women”, but Jesus famously drew in the sand and said “He who is without sin, let him be the first to throw a stone at her”.  After the crowd left Jesus offers His grace.  John 8:1-11

The Rich, the Poor, and the Sick

Luke 19:1-10, “And there was a man called by the name of Zaccheus; he was a chief tax collector and he was rich.”  Jesus calls him down from the sycamore tree and goes to his house.  The people grumbled because Jesus had gone the house of a sinner.  Zaccheus repents and receives salvation.  Jesus certainly interacted with the poor in health, material possessions and poor in spirit.  There are many illustrations of Jesus healing and offering salvation to the poor because of their faith.  After John the Baptist was imprisoned and was struggling to reconcile his position with the faith he had in Jesus as the Messiah he asked “Are you the expected one or should we look for someone else?”  And Jesus replies, “Go and report to John what you hear and see: 5 the blind receive sight and the lame walk, the lepers are cleansed and the deaf hear, the dead are raised up, and the poor have the gospel preached to them. 6 And blessed is he who does not take offense at Me.” John 11:2-6

Jesus bridges heaven and earth.  Paul tells us in Ephesians 2:1-10 that we were dead in our sins, but because of God’s mercy and great love made us alive together with Christ and raised us up with Him and seated us with Him in the heavenly places in Christ Jesus. Jesus leaves no room for other paths to heaven in John 14:6 Jesus said to him, “I am the way, and the truth, and the life; no one comes to the Father but through Me”.

Do you suppose that I came to grant peace on earth?

So Jesus is the great bridge builder between all mankind, but He makes clear in John 14:6 that there is but one bridge to salvation.  All men come to the salvation bridge that Jesus offers and all must answer the question Who is Jesus?  Jesus is the great bridge builder, but also divides all men by those who believe in His gospel and those who reject His gospel.  These are the words of Jesus.  Luke 12: 49-53 49 “I have come to cast fire upon the earth; and how I wish it were already kindled! 50 But I have a baptism to undergo, and how distressed I am until it is accomplished! 51 Do you suppose that I came to grant peace on earth? I tell you, no, but rather division; 52 for from now on five members in one household will be divided, three against two and two against three. 53 They will be divided, father against son and son against father, mother against daughter and daughter against mother, mother-in-law against daughter-in-law and daughter-in-law against mother-in-law.”

All are brought to the bridge and are welcome to receive salvation.  Make no mistake, Jesus understands that the pride in the hearts of men will get in the way and God’s gospel message of repentance and faith in Jesus as the messiah will divide men.  This is an individual decision every person must reconcile.  Let me close bring us back to Jesus’ message in Mark 1:14-15 “The time is fulfilled, and the kingdom of God is at hand; repent and believe in the gospel.”