Can One Man Save A Nation? 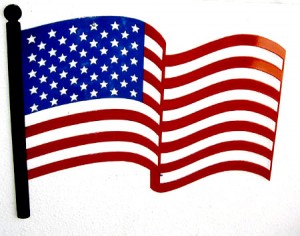 James 5:16 The effective prayer of a righeteous man can accomplish much

The Bible is full of stories where a single man shaped the course or fate of a nation.  In many cases God chooses people like Gideon in Judges 6 who, when called, says v15 “O Lord, how shall I deliver Israel?  Behold, my family is the least in Manasseh, and I am the youngest in my father’s house.”  When God calls a man to accomplish His work and this man is obedient to God’s call wars are won, lives are saved, nations are spared.   The Bible is replete with illustrations a single man saving their families and their nation.  As God destroys a sinful civilization, Noah saves his family and begins again.  As a servant Joseph is able to bless his family.  Moses born at a time when the King of Egypt commanded all males born to a Hebrew to be killed at birth was saved and called by God to deliver His people from bondage.  David, The youngest son of Jesse who tended the sheep was chosen by God to slay the giant and lead God’s, nation.  Jonah who even tried to run from God was swallowed by a fish and delivered His message to Nineveh.  Nineveh was doomed for judgment and destruction, but in Jonah’s obedience God spared the city.

Are you willing to be obedient to God and be used by God to save your family or even save your nation?  As God warns and Solomon prays for forgiveness, God says that if we turn away and forsake His statues and His commandments and go and serve other gods, then He will uproot you from His land which He gave to them and will destroy the house of the Lord.  II Chronicles 7.  We are reminded that God says II Chronicles 7:14 We HIS people, who are called by His name are called to pray for our nation.  Are you willing to do this?   Are you willing to dedicate yourself to pray for our nation.  One vote may change an election, but one prayer, when heard by our Almighty God may save your family, save your city, save our nation or save the world.  God greatly desires to share His infinite love for us.  May we, His people, raise our voices together and pray.

As we approach our national elections you may wish to follow this guideline and pray for our families, churches, government and election as provided by If My People 2012 .  May God spare us, deliver us and bring us to Himself.

Our faith in God’s power is essential in ushering in the works of God.  Recall the miracles reported in the gospels.  Jesus teaches His disciples of faith while sleeping on a boat and a great storm blows in.  His disciples awake Him to tell Jesus of their fate and Jesus responds “Why are you afraid, you men of little faith?” and He calmed the seas.  In Matthew 9 Jesus heals a woman who had been hemoraging for twelve years and says v22 “your faith has made you well.”  In vs 28 Jesus heals a blind man after he asks v.28 “Do you believe? and in vs 30 “It shall be done to you according to your faith. Jesus raises Lazarus from the dead and claims John 11:25 “I am the resurrection and the life; he who believes in Me will live even if he dies, and everyone who lives and believes in Me will never die.  Do you believe this?”  Hebrews 11 tells us how faith was the key element to the decisions and resulting actions of Able, Enoch, Noah, Abraham, Isacc, Jacob, Sarah, Gideon, Barak, Samson, Jephthah, David and Samuel who by faith conquered kingdoms,  performed acts of righteousness, obtained promises, shut the mouth of lions, quenched the power of fire, escaped the edge of the sword, from weakness were made strong, became mighty in war, put foreigh armies to flight and Women received back their dead by resurrection.  No doubt that your prayers, empowered by the all powerful Holy Sprit that lives in you can change your situation, your family, your nation, the world and the course of history.

James 5:16 “The effective prayer of a righteous man can accomplish much.”

This entry was posted in Family Leadership and tagged good to great famililes, If my people, james 5:16, Jeff Applegate, prayer. Bookmark the permalink.