What Do You Stand For? Christian Observation Of the Democratic Platform and Convention 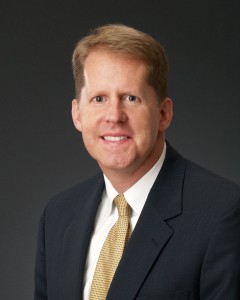 Romans 1:16 “For I am not ashamed of the gospel, for it is the power of God for salvation to everyone who believes, to the Jew first and also to the Greek.”

I write today as a Christ follower, husband, father and citizen of the United States.  I do support the political process and representative government, but I do not first align myself with the changing platforms of either Democrat or Republican political parties.  I do stand on the Holy word of God as my platform or foundation for instruction and authority of my life and my family.  II Timothy 3:16 says “16 All Scripture is [h]inspired by God and profitable for teaching, for reproof, for correction, for [i]training in righteousness; 17 so that the man of God may be adequate, equipped for every good work.”  I trust in the God’s Holy word as given to us in the bible for redemption for my sin, instruction for all of the worldly relationships and values, including government, and is my hope for the future.  I write to you, fellow Christians, to remember your identity is in Christ and to stand firm in the words of the apostle Paul to the Church of Rome.  Romans 1:16 16 “For I am not ashamed of the gospel, for it is the power of God for salvation to everyone who believes, to the Jew first and also to the Greek.”

Where is the Church?  Our nation was founded by church leaders who led their congregation to the new world to escape religious persecution and build new lives in America.  It is these leaders who put their trust in God, fought for the freedom we enjoy today and built a government and nation on biblical principles.  Where are these courageous patriots that were the fabric of our country and leaders of the people for many generations?

Where is the outrage when a political party has the arrogance to vote on whether God should be included in the platform (What we stand for) of a major political party?Democrats vote on God and Israel

Where are the spiritual leaders of millions of Christian Americans when a political party that seeks to represent Christians determines to redefine marriage and the family?  Do we not recognize that God established the family as a holy relationship between one man and one woman?  Do we not remember that the family unit led by a husband and wife is the fabric that holds all civilizations together and civilizations that moved away from this divine institution are no longer?

Where are the leaders of the protestant churches in protecting life?  How can we stand quietly as a major political party affirms an individuals right to choose over an innocent life?

As Christians we are not rich, poor, red, yellow, black or white, but those that believe the bible as the living word of God.  It is our responsibility to vote.  I implore you consider what you stand for when you choose who to vote for each office in both local and national elections.  If you are a Christian I suggest that you vote not for one party or another, but for the candidates that represent what you believe.

Below are the statements from the Democrat platform in 2012 directly from their website specifically relating to the values mentioned in this writing.

Protecting A Woman’s Right to Choose. The Democratic Party strongly and unequivocally supports Roe v. Wade and a woman’s right to make decisions regarding her pregnancy, including a safe and legal abortion, regardless of ability to pay.

The Middle East. President Obama and the Democratic Party maintain an unshakable commitment to Israel’s security. A strong and secure Israel is vital to the United States not simply because we share strategic interests, but also because we share common values.  Jerusalem is and will remain the capital of Israel.   The parties have agreed that Jerusalem is a matter for final status negotiations. It should remain an undivided city accessible to people of all faiths.

Faith. Faith has always been a central part of the American story, and it has been a driving force of progress and justice throughout our history. We know that our nation, our communities, and our lives are made vastly stronger and richer by faith and the countless acts of justice and mercy it inspires. Faith- based organizations will always be critical allies in meeting the challenges that face our nation and our world—from domestic and global poverty, to climate change and human trafficking. People of faith and religious organizations do amazing work in communities across this country and the world, and we believe in lifting up and valuing that good work, and finding ways to support it where possible. We believe in constitutionally sound, evidence-based partnerships with faith-based and other non-profit organizations to serve those in need and advance our shared interests. There is no conflict between supporting faith-based institutions and respecting our Constitution, and a full commitment to both principles is essential for the continued flourishing of both faith and country. (NOTE:  The word “God” was specifically excluded from this statement)

Freedom to Marry. We support the right of all families to have equal respect, responsibilities, and protections under the law. We support marriage equality and support the movement to secure equal treatment under law for same-sex couples. We also support the freedom of churches and religious entities to decide how to administer marriage as a religious sacrament without government interference.